It took me more than a year, as I dabbed into so many other projects, but finally I've finished painting the Renegades from Assassinorum: Execution Force. I decided to paint them in a colour scheme matching the Cult of Divine Illumination, a Delaque Gang/Astra Militarum force I've painted a while ago. The idea is to use the two forces as a single army of Chaos Cultists. 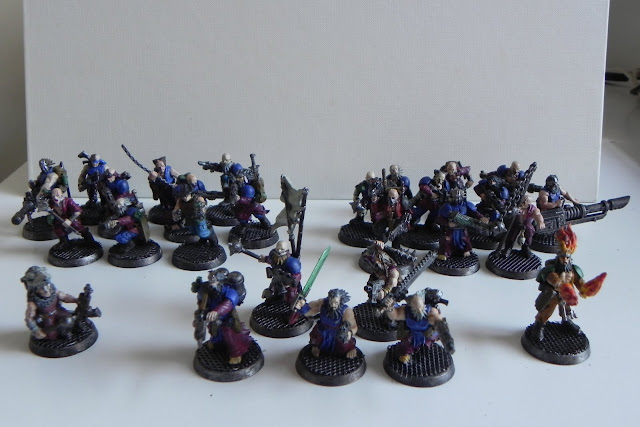 Nobody really knows from which chapter the vile sorcerer known as Marduk the Fatebender hails from. Some in the Inquisition says he once was Epistolary Mordechai of the Executioners Chapter, recorded as missing in action during the Badad Wars. Others maintain he was a Blood Raven librarian that turned his back on his chapter during the Second Aurelian Crusade. What is sure is that Marduk will stop at nothing in his quest to piece together the lore and artefacts that will allow him to cross the Crystal Labyrinth, reach the Impossible Fortress and learn the secrets of true power from the voice of his master, Tzeentch itself. 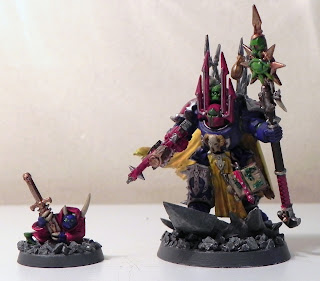 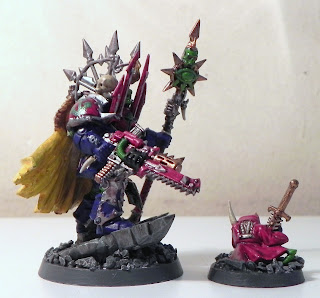 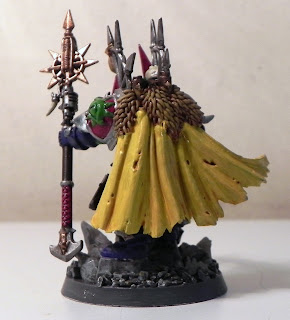 Raised on Byzanthia II, these cultists were once the guards of the Sanctum Sapientia, a cathedral built during the Scouring to seal away the essence of the Lord of Change Aran'khilan the Wisperer. When Marduk's forces attacked the Sanctum and freed the daemon, the men fell to its maddening influence and ever since have joined Marduk's warband in the search for forbidden knowledge.

The Cultists were the only models on which I did some conversions, so that they are slightly more flexible when playing 40k. I gave a shotgun and flamer, fished from my bitsbox, to two of them. Some cutting and shaving of plastic, a piece of wire and a little greenstuff and I was sorted. 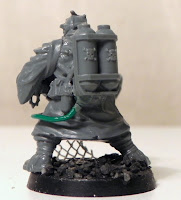 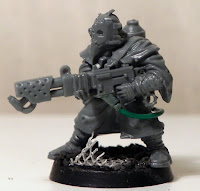 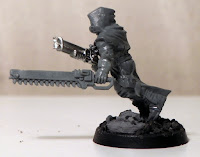 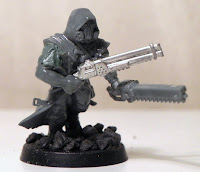 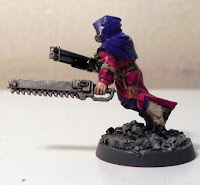 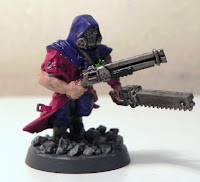 The Heralds are utterly loyal to their master. Whether they hail from the same chapter or from another Renegade factions that joined him recognising his greatness in the eyes of Tzeentch, is unknown, but under Marduk's leadership they have scoured countless seats of knowledge across the Imperium. 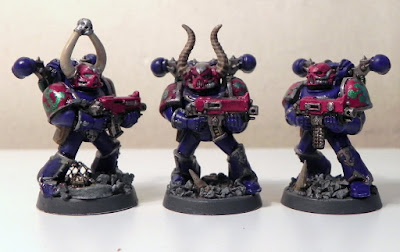 I have some unassembled Space Marines ad all the leftover bits from the Terminator Lord sprue, so, at some point in the future I'll kit-bash another six Renegade Space Marines to have a proper congregation of servants of Tzeentch.
Posted by Godfather Viktor at 21:02